A pension attachment Order is one of the tools available to a Judge dealing with a Divorce, civil partnership dissolution and some other family court proceedings. They were introduced in 1995 and essentially allowed a Court to order that part of someone’s pension be diverted to the other party when it came into payment. That included not only a monthly pension amount on retirement, but also lump sums and some death benefits.

Pension attachment Orders were never widely used and largely replaced by pension sharing Orders introduced in 1999. Those allowed the Court to actually take part (or all) of someone’s pension and give it to the other party. However, pension attachment Orders were available long before the recent relaxation of pension rules was even envisaged – at the time you generally had no choice as to what to 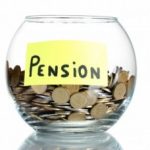 do when you reached retirement age; you had to have a pension monthly income and generally some form of lump sum. Nowadays of course you could take the entirety of your pension instantly, if you were willing to take the tax consequences, transfer much more freely between pensions and generally be much more creative (though proper advice is essential).

Unfortunately that means that pension attachment Orders may well have become rather out of date and can potentially cause needless (and very large) loss, or even fail entirely. If nothing else, many people who are the beneficiary of a pension attachment Order will have forgotten to tell the pension company when they have moved house etc., so will not receive warning if the original pension holder does something with the pension.

If you have been involved with a pension attachment Order, whether as the recipient or the target, it would be very advisable to review the situation now and see if anything needs to be changed – there are potentially significant benefits, as well as potential losses, with these now rather outdated Orders; speak to a specialist solicitor about this and the sooner the better.