Disputes between neighbours and particularly where one neighbour has a right of way over their neighbour’s property, are not uncommon. Arguments between neighbours and rights of access can be highly emotive and relations between the parties can often sink to such a low that there is no option but to take matters to Court. The recent case of Bramwell v Robinson [2016] illustrates how issues between neighbours can arise and the Court’s approach. The Court’s comments also underline the need for parties to try and avoid the costs of expensive litigation and to consider some form of alternative dispute resolution, such as mediation.

Facts of the case

Mr and Mrs Bramwell were owners of a farm in County Durham which was used as a livery yard. Mr Robinson was the owner of the adjoining farm. In order to gain access to their farm from the public highway Mr and Mrs Bramwell used a 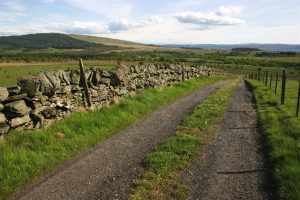 track on Mr Robinson’s land. The dispute was not over whether Mr and Mrs Bramwell had a right to use the track but whether Mr Robinson had interfered with the right by placing 13 speed bumps along the track, erecting 3 sets of gates (which he insisted were kept closed) and removing the infill of a pothole on the track that had been filled in by Mr Bramwell. The parties also disagreed about whether the right of way included the right to pass over verges and pull into passing places created by Mr and Mrs Bramwell along the track.

Over the years, Mr Robinson, in believing the right of way was limited to the track only and not the verges, had placed approximately 50 wooden posts on the verges/passing places to prevent them from being used by Mr and Mrs Bramwell or their customers.

What did the Court decide?

The Court concluded that Mr and Mrs Bramwell’s right of way was limited to the track only and did not cover the passing places/verges they were using.  However there was one passing place along the track that had been used for a long enough time (20 years) for it to become a right to use. As a result of this the Court only required that two wooden posts erected by Mr Robinson be removed, being the ones which restricted the passing space which was now a right. The remaining posts did not interfere with the right of way and could therefore remain in situ.

The Court took the opportunity to remind the parties that the general rule is that the landowner does not have the right to substantially interfere with a right of way over his land. Based on this principle, the Court took each of the other issues in turn and these are summarised as follows:-

Gates: the installation of gates along a right of way is not unlawful in itself. Neither is insisting that they are closed provided that there is a valid reason for this and not just out of spite.  In this case it was held that Mr Robinson’s insistence that the gates were closed was out of malice and therefore the gates should be kept open.

The pothole: the owner with a benefit of a right of way also has a right to repair it. As a result, Mr Robinson was prevented from interfering with the right to maintain and repair the track.

The Court considered that Mr Robinson’s actions in relation to the right of way had been unreasonable and unacceptable. It therefore ordered Mr Robinson to pay Mr and Mrs Bramwell £4,800 in damages. He also faces liability for the costs of the litigation.

The Court also took the opportunity to remind the parties that disputes can be costly and time consuming to resolve. To increase the chances of finding an amicable solution it is important to take legal advice at the earliest opportunity and actively engage in other methods of trying to resolve a dispute before it gets to Court. It is also essential to establish the extent of any right of way that you either have the benefit or burden of at an early stage.

At MacDonald Oates we are able to provide advice in relation to any rights of way disputes or general advice on the extent of any rights of way. Our specialist Litigation team has considerable experience of dealing with land and neighbour disputes and representing clients both at Court and through alternative dispute resolution procedures, including mediation.  For advice in relation to your specific circumstances please contact Patrick Jenkins, Partner and Head of the litigation department at MacDonald Oates, on 01730 268211.