When is cancer protected under the Equality Act 2010?

Mrs Lofty was a café assistant and following a biopsy of a blemish on her cheek, she was found to have lentigo maligna which was described as a ‘pre-cancerous lesion which could result in [skin cancer]’. Following absences from work, some of which were related to treatment for the condition, including two operations to remove the malignant cells, Mrs Lofty was dismissed by her employer and she claimed for unfair dismissal and disability discrimination. 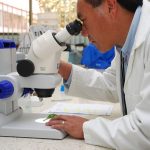 Initially, the Tribunal upheld the unfair dismissal claim but dismissed the disability discrimination claim as it found that although cancer is deemed a disability under the Equality Act, in the view of the Tribunal the condition did not amount to cancer since it was pre-cancerous and it was confirmed following the operations that Mrs Lofty had not developed skin cancer.

In the Employment Appeal Tribunal it was found that Mrs Lofty did have cancer cells in the top layer of her skin and it was highlighted that the Equality Act does not in fact distinguish between invasive or other types of cancer.  The wording was intended to avoid any uncertainty regarding this.  In terms of this skin cancer, the evidence found that it was a type of cancer and it found that Mrs Lofty did have a deemed disability under the Equality Act.