Employment law: what to look out for in 2018

We take a look at what we can expect from an employment law perspective in 2018.

The Gender Pay Gap Reporting Regulations came into force on 6 April 2017.   It requires certain employers to publish information about the overall gender pay gap within their organisations.

The first gender pay gap reports for large private and voluntary sectors must be published by 4 April 2018.

It is understood that HMCTS is writing to claimants whose claims were rejected or dismissed for non-payment of fees asking if they want their claim to be reinstated.

Broadly, businesses handling personal data need to get prepared and the Information Commissioner’s Office (ICO) is preparing and publishing guidance to help organisations prepare for the GDPR.

The Immigration Bill covering the UK will establish a new policy on immigration.  It is expected to have its first reading in January 2018.

The Government plans to extend shared parental leave and pay to working grandparents by 2018.  This was initially proposed in May 2016 and has been delayed due to the EU Referendum.

The draft Finance Bill 2017 will have an impact on how termination payments are taxed in Settlement Agreements.

For example, income tax will be applied to an employees basic pay for equivalent period if their notice is not worked.  Also, the exemption from income tax and NICs for termination payments up to the current threshold of £30,000 will be retained.   Employers NICs will be payable on payments above £30,000.

Employment status and the gig economy

There have been several cases over the recent years arguing whether individuals that are engaged as self-employed contractors are in fact ‘workers’.   For examples where individuals have been found to be 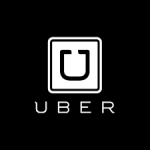 ‘workers’ see cases such as Pimlico Plumbers, Uber, City Print, Addison and Deliveroo.  Despite the recent Employment Appeal Tribunal in November on the Uber case, Uber is reported to be seeking permission to appeal against the decision that its drivers are workers.   The Pimlico Plumbers case will also be held in the Supreme Court in February 2018.

The Taylor Review published recommendations on employment status and the Government has yet to outline any policies in response to this review, although there is parliamentary support for change as seen in the recent “A framework for modern employment”.

Another hot topic this year has been holiday pay and it is interesting to see how businesses will respond and adapt to the changes that broadly require holiday pay now to reflect overtime, commission and other payments as holiday needs to reflect “normal remuneration”.

There has also been the very recent case of King v The Sash Window Workshop Limited  and so the ongoing saga of holiday pay claims is still something to mindful of.

We are awaiting decisions from the Court of Appeal (Gallop v Newport City Council  and Donelien v Liberata UK Ltd) about an employer’s knowledge of an employee’s disability and what steps an employer is expected to take to find out whether someone does have a disability.

There are a couple of cases (Rev. Canon Pemberton v Former Acting Bishop of South of Nottingham and Lee v McCarver and Ashes Baking Company) which are going to be heard by the Court of Appeal and Supreme Court on balancing the prevention of discrimination on the grounds of sexual orientation, against religious views and freedoms.