Injury to feelings award: an update

If a claimant succeeds in a discrimination claim, an employment tribunal may: 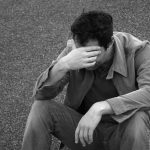 Compensation for discrimination can not only compensate a claimant for financial losses, but also non-financial losses including an ‘injury to feelings award’.

Inflationary increases have been made to these bands and, more recently, the Presidents of the Employment Tribunals in England and Wales commenced consultation on uprating the bands of compensation.

The response to the consultation has now been published and the Presidents have decided that the bands should now be:

It is proposed that these bands would be uprated every 12 months in line with RPI and will apply to claims presented on or after 11 September 2017.

If you would like advice on any discrimination issue or other employment matter, please do get in touch on , or 01730 268211.