Following our update for 2018, we now take a look at the The Pimlico Plumber case which has now been heard by the Supreme Court.

In this case Mr Smith was a gas electrician carrying out work solely for Pimlico Plumbers from August 2005. The contract said he was an independent contactor and Pimlico was not obliged to offer any work and Mr Smith was under no obligation to accept it. However, the company manual stated that he should work a minim of 40 hours per week. Further:

Mr Smith’s employment was terminated on 3 May 2011 and he made claims for failure to pay holiday pay, unlawful deductions and disability discrimination. 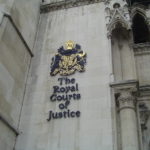 In the initial tribunal, the judge held he was a worker and an employee under the Equality Act. The EAT and the Court of Appeal  agreed and dismissed Pimlico’s appeals.

The Supreme Court agreed and dismissed Pimlico’s appeal. The informal, internal right of substitution that did exist was only amongst existing Pimlico operatives and was therefore fettered by Pimlico.

The Supreme Court stated that there were a number of factors that enabled the tribunal to find that Pimlico was not customer or client of Mr Smith (and he was not an independent contractor). These included the bullet points stated above and the following:

Given this case’s journey through the appeal process, and the other cases on status since this case began, this outcome is perhaps not surprising. However, it highlights the need for clarity in this area of law.

If you require any employment advice, please do contact us.